Recommended for: People who understand that a Koolie needs mental stimulation whether from active training/exercise or herding work.

Note: This dog is not a recognised breed with the Australian governing body (ANKC). 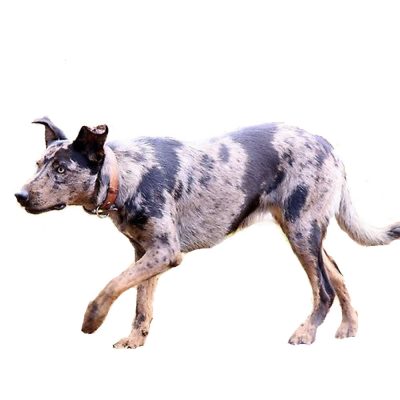 Not much is known about the history of the breed although there are many theories circulating throughout the Coolie community. It is generally believed the Coolie was imported from Germany to Australia by early European immigrant farmers. It should be remembered that there is no concrete evidence of the breed’s origin and until any claims are proven with out a doubt; any information is conjecture and should be understood as theory not fact.

The Koolie/Coolie breed is one of the oldest breeds of working dogs in Australia, unfortunately records were never kept regarding parentage. (In order for a breed to be officially recognised by the Australian National Kennel Control Council, stud and breed records must be kept for a minimum of seven generations.)
Attempts have been made to line breed to a standard type, but a lack of proper records and the inability to substantiate bloodlines, plus the occasional introduction of new blood have prevented official recognition of the breed.

They are extremely active and intelligent with a naturally strong herding instinct. They are renowned for their biddable and friendly nature and their easy going fun-loving personality makes the breed a great choice for a lively family or active individual. They are responsive to command and easy to train, loyal to his owner and accepting of other pets and children.

Koolie/Coolie are readily used in sports such as agility and obedience and are also making a name for themselves in positions such as television, Search and Rescue and as ‘Pets as Therapy’ dogs.

Appearance: Koolies are eye catching, well balanced, medium sized dogs, with unusual markings in form of patches and flecks of colour. The two main colours are red and blue merle and some people believe solid and black and white varieties are acceptable.

Eyes can be blue, brown, green or black or a combination of blue and brown. Ears are moderately sized, triangular shaped and are usually pricked or semi-pricked.

Colour: Predominantly red and blue merle. Solids are permissible. Dark merle is encouraged. Careful thought must be put into breeding certain coloured dogs together due to possibility of deafness and other birth defects.

Coat: The coat can be short medium or long with short being far more common and usually the preferred coat type.

Exercise: These dogs are primarily a working dog and require plenty of exercise to keep their bodies fit and minds occupied. Regular exercise is extremely important and should preferably be off the lead in a safe environment.