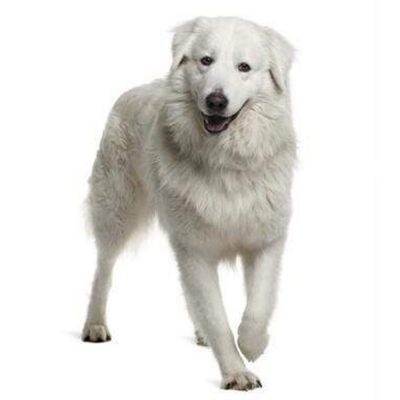 The Maremma’s origins are from Italy where they were developed for the principal function of doing pastoral work. They were used to guard the flocks of sheep from all predators such as wolves. They are a tough dog and are able to withstand all weather types.

They are very loyal and make wonderful pets; they fit into family life well. They are intelligent and courageous but not aggressive. It also may be somewhat independent and so is not the easiest dog to train.

Characteristics: It is a shepherd dog used mainly for the protection of flocks and guarding property. His principal function as a guard and defender dog of flocks and property in general, shows itself in the way in which he accomplishes these tasks, with perception, courage and decision. Although proud and not inclined to submission, he is also devoted to his owner.

Exercise: they are from the working dog family so they are very active and need to be given regular walks and off lead running.