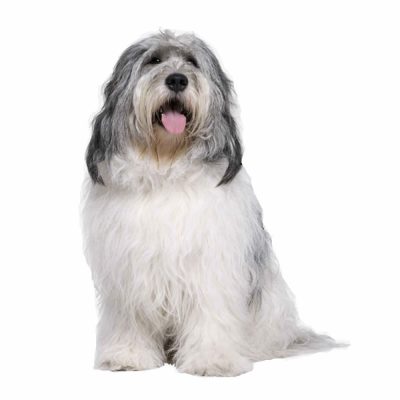 The Polish Lowland Sheepdog, also known as the Polish Owczarek Nizinny (pronounced Ov-CHA-rek Nee-ZHEE-nee, or PON), they are a Polish herding dog, which was originally bred in the 13th century. In the beginning they were a working dog, used for herding sheep in the Polish plains. They evolved, more than likely, from ancient Hungarian herding dogs. World War II nearly led to the breed’s extinction, and even now, they are still a somewhat rare breed.

They are loyal and devoted flock guards. They can be somewhat reserved and suspicious of strangers, but they do respond well to children and other animals if introduced to them properly and treated respectful. Being small and extremely friendly companion dog they are a smart choice for those living in apartments.

They may show aggression towards other dogs, but generally they will get along with other animals. They are playful, lively, quick learners and are willing to please their owners. They should be obedience trained and their owners must be consistent in their training in order to develop a strong relationship. They are not suitable for inexperienced owners.

Grooming: Very high maintenance. The long shaggy coat is prone to matting, up to three hours a week of general grooming. Particular attention should be paid to the ears, eyes and between the foot pads. The coat can be thinned down with a fine steel comb often called a ‘collie comb’. The inside of the feet needs to be clipped to prevent matting and the belly is often shaved.

Exercise: These active dogs need exercise every day, the younger dogs requiring relatively more. They love to play in water.

Health: They will eat anything and have a tendency to become overweight.