Note: Not many in Australia 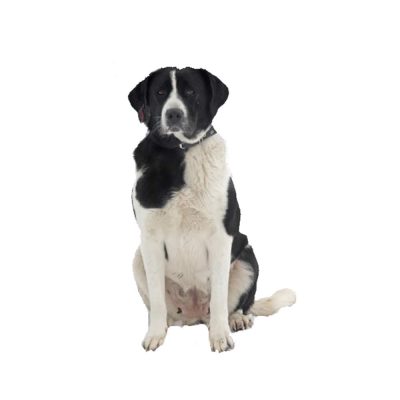 The characteristics of this breed, native to the countries of Central Asia and Middle East, were developed over the thousands of years, conditioned mostly by tough natural selection and very little human influence.

Since almost 4000 years ago, large heavily built dogs with cropped ears and tails have been known to follow caravans of Nomadic people through deadly deserts, endless steppes, and the high mountains of Central Asia, and, until the last century, were met around the native settlements, utilised for guarding flocks and households from large predators and thieves.

They are a calm, fearless flock guardian. Independent, they stand their ground and not back down. They are good with all members of their own family, however, they should be supervised with children. Outside the home they may try to dominate other dogs and are wary of strangers; they are guardians and will act as such. They like to bark at night and this may present a problem if you have close neighbour’s. Socialization is a must for the Central Asians unless they are being used as flock guards. They get along with cats and other non-canine animals and other dogs, as long as the dog is not a threat to their charge.

They need an owner who understands the flock guard type and the temperament that comes along with it. This is not a breed for the timid owner.

Temperament: Type of very great activity, calm and balanced. The predominant reaction is of active defence.

Depending on the hair length they distinguish two coat types:-
(1) Long-haired (7 – 8 cm) on the back and body, particularly on the ears, the neck, the back of the fore and hind legs, and on the tail
(2) Short-haired (3 – 5 cm) and smooth.

Grooming: They do not require a lot of grooming. Weeds and brush tend to not stick in the heavy, double coat, and mud, once dried, brushes right out. These dogs shed their coats heavily in the spring. The coat should be brushed extra at this time to remove the dead hairs. The rest of the year they are light shedders, with easy coat care.

Exercise: They need regular daily exercise, they may appear to be lazy when they are laying down watching their property, but they can be up and running in a split second.