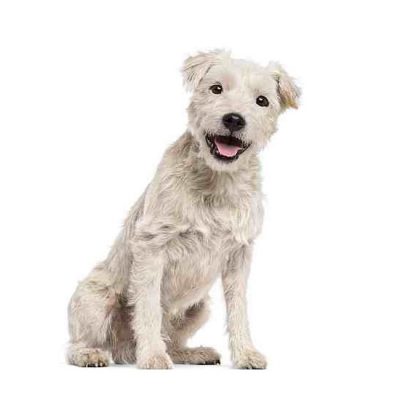 The Parson Russell Terrier is a small breed of white terrier that was the original Fox Terrier of the 18th century, the breed is named after the Reverend John “Jack” Russell.

Parson John Russell was a long time breeder of fox terriers, during his time he produced a rough coat fox terrier which were regarded as a separate breed from the wire-haired fox terrier of the day. Russell wanted a terrier which could be worked to fox and able to make its own way across country with the hounds, (not carried) it needed speed, endurance, agility to stay with the hounds. They were also not to be quarrelsome. Russell would not tolerate any hound or terrier in his kennel which was riotous. Jack Russell Terriers were not intended to kill foxes only harass.

They are workmanlike, active and agile; built for speed and endurance. They are essentially a working terrier with ability and conformation to go to ground and run with hounds.

Characteristics: Essentially a working terrier with ability and conformation to go to ground and run with hounds.

Colour: Entirely white or predominantly white with markings which are tan, lemon or black, or any combination of these colours, preferably confined to head or root of tail.

Exercise: They need moderate but regular exercise to stay in shape.